As described in the name of the character, the pose of the figure references the well known squat performed in many Asian countries as well as Russia. While the posture is clearly associable to a common cultural phenomenon, the banana leaf and hibiscus face alludes to Michael Ho’s biographical background as a Hawaii local, while the ghoulish body plays with references from both eastern and western pop culture. 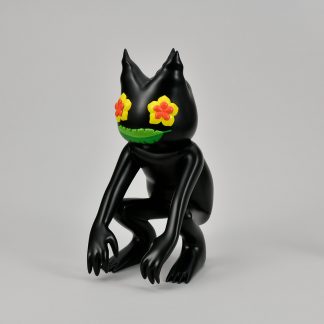