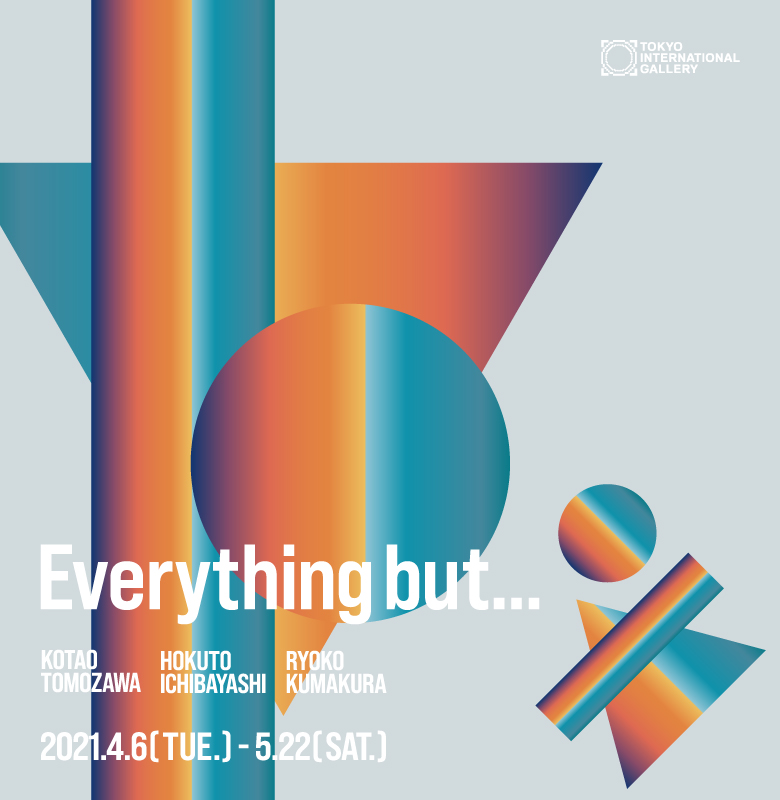 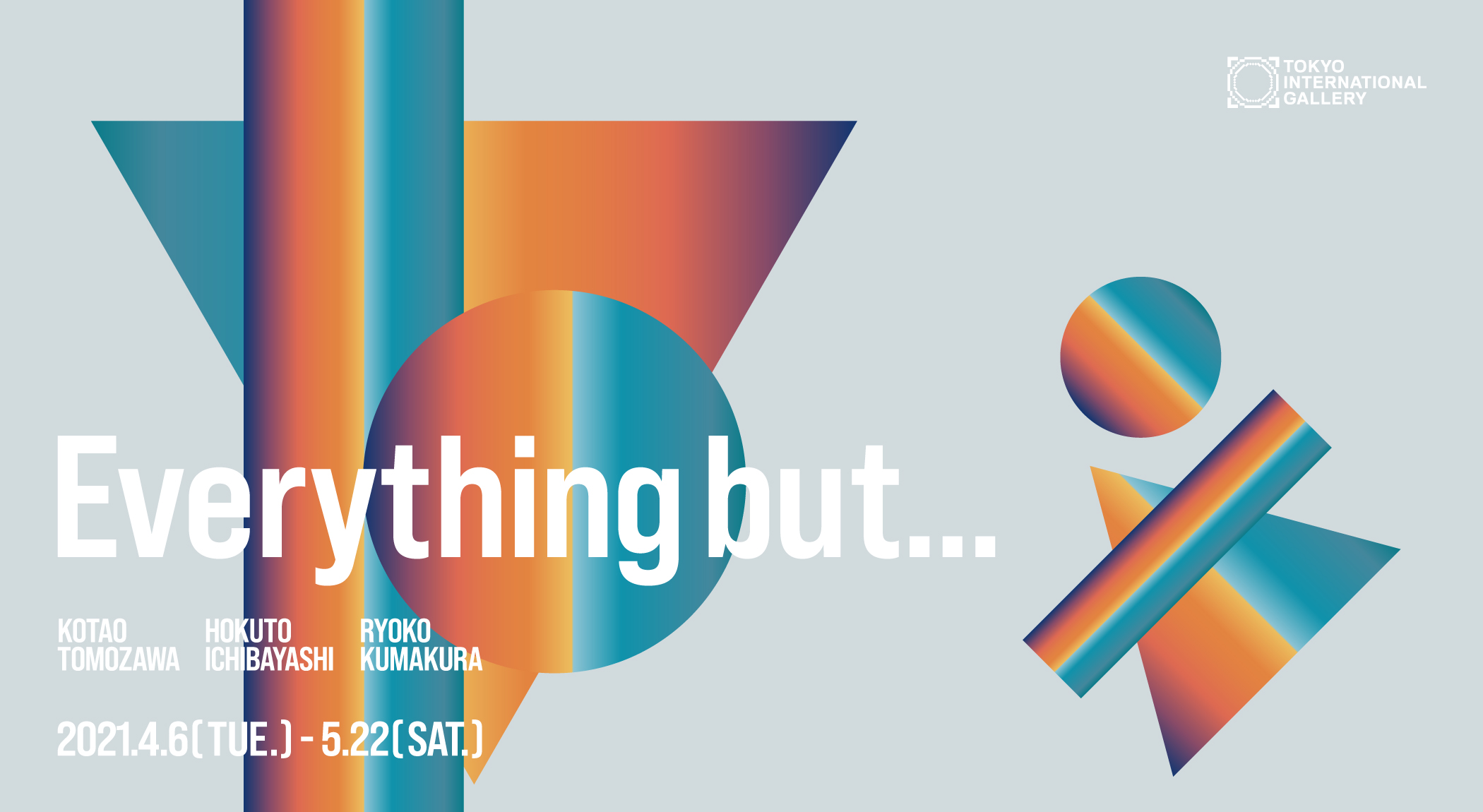 Each of the participating artists in “Everything but…” capture still and radically decontextualized moments, creating a suggested narrative that expands far beyond the imagery itself. Meaning in an artwork can only be read if the viewer can read the image beyond what is captured. Tomozawa’s work photo-realistically presents staged moments of absurdism, thus captivating yet perplexing the viewer. Ichibayashi’s work fabricates fantastical scenes of seemingly historical events, playing with the anthropological relationship between reality and mythology. Kumakura’s paintings incorporate historical references, depicting the adversities that humans endured to develop civilizations. But the intentional unclear relationship between these motifs leaves the viewer in a befuddled state. Specific moments and images present us with two messages, a message concerning the event represented and another concerning a shock of discontinuity.

There is not one single fantasy inside these paintings.
I do believe that things that are actually happening in this world hold the greatest power
The “ooze” that increases every time I paint is difficult to explain with logic.
It forms the traces of my very existence.
Slime is never stable; it keeps flowing and changing form.
There is a silence that stretches out infinitely before and after the instants captured in my paintings. That silence may conceal both the emptiness and powerfulness of the real world in which we exist.

I believe that events that take place inside virtual world and the scenery there reflect a world that both resembles and rejects the real world. Either way, the reality we apprehend through the screen could be seen as ironic, and uncertainty about an inescapable future also rains down on us. At the same time, however, from this painting, we can also come across an illusion that what we are seeing is a legacy of the past. Events that happened in the past have been preserved in historical sites and writings and passed down to us in the present day. The details we can interpret from past records, the future we can predict from virtual worlds—this painting, which depicts both history and a virtual world, may hold hidden clues for a breakthrough to new problems we are facing in the real world.

I mainly paint images that emerge from the process in which people tried to make sense of the world throughout history. While some of those images are absurd and wrong when viewed from contemporary scientific perspectives, they were once indisputable truths formed as a combination of their imagination and the things they could actually observe. Those theories were born, updated, and became outdated along the way to arriving at our current way of looking at the world. The things that have remained as history account for only a tiny portion, and beneath the surface, there are many layers of things that have been forgotten or abandoned.
In my work I create motifs based on images I have collected and paint pictures from those motifs. It is a matter of re-exploring their forms. It is also an act that traces the very process of repeated trial and error in which people seek out the contours of the world. Through such painting, I want to create works that allow a glimpse of the things that have been accumulated behind that image.